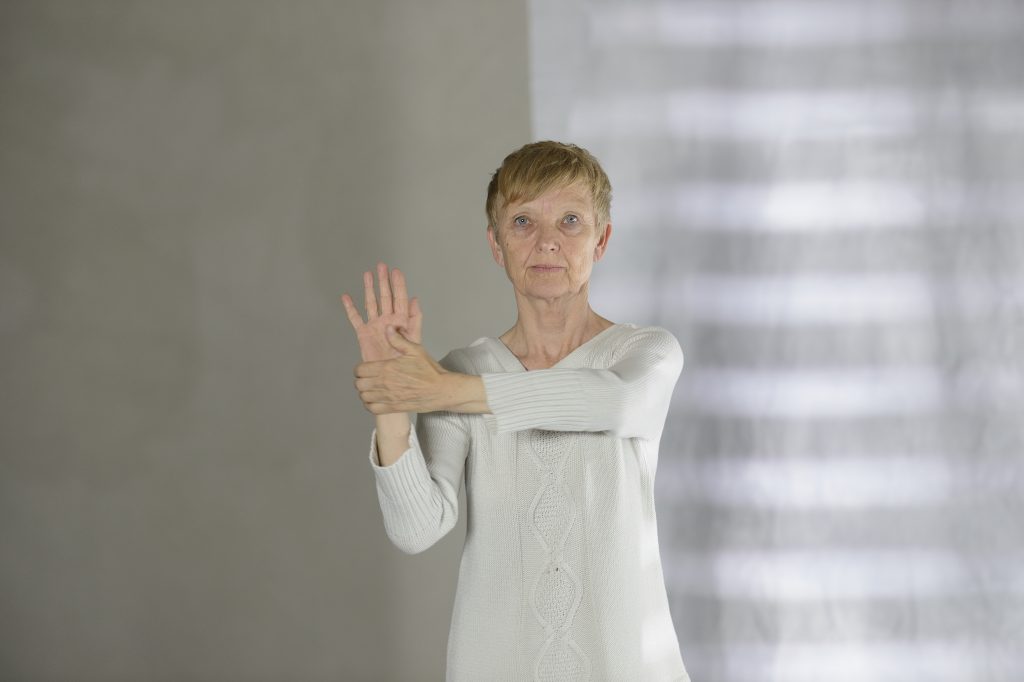 RIKI VON FALKEN has worked as a dancer and choreographer in Berlin since 1981.

For ‘White Linen’ she was named ‘Dancer of the Year 2001’ in Tip Magazine, and in the international critics survey of ballettanz 2002/03 she was named, ‘Profiled Dancer’. In Jerusalem and Tel Aviv she showed experts of her work in 2004 at the Room Dances Festival Dance and Poet by Amos Hetz. „ENCOUNTER WITH UNEQUALS“ had its premiere in 2005 at the Akademie der Künste Berlin. „THE GEOMETRIE OF SEPARATION“, a collaboration with the filmmaker Mareike Engelhardt, premiered at Radialsystem V in Berlin in May 2009 and was invited to Cameroon.

In 2010 she taught choreography at the invitation of the Goethe Institute in Kuala Lumpur. Autumn 2011 she developed „ECHO I“, for the Southern Light Dance Company and the Body and Dance Festival in Christchurch, New Zealand. In 2011 „ECHO II“, a cooperationbetween Rimbun Dahan, Goethe Institute Malaysia and Aswara, premiered in Kuala Lumpur. In January 2012, she will perform SONGBOOKS at the John Cage tribute of the Academy of Arts. The duet „ECHO. IT’S JUST A TEMPORARY THING“ with the dancer Naim Syahrazad from Kuala Lumpur was developed in cooperation with the Goethe Institute, ITI, Dock11 and Aswara, Malaysia and premiered in October 2012 in Berlin. Guest performances in 2012 and 2015 took Echo. It’s just a temporary thing to Brazil, Malaysia and the Philippines.

The piece „ONE MORE THAN ONE“ was resumed in February 2015 and shown in the Uferstudios Berlin and invited to Timisoara, Romania. In January 2015, Riki von Falken received the first Willms Neuhaus Prize from the Chance and Design Foundation for her choreographic oeuvre.

Riki von Falken developed 2016 „LAUNDRIES IN HANOI“ in collaboration with the vietnamese Video artist Nguyen Trinh Thi. After the premiere in Berlin, the choreography, which was created in cooperation with the Goethe Institute Hanoi, opened the Hanoi Dance Festival and travelled to Ho Chi Minh City.