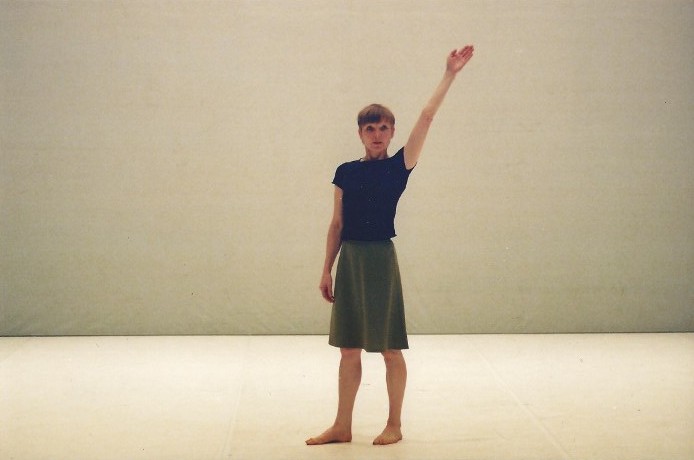 ABOUT THE FURTHER PERFORMANCE

In 2003, ONE MORE THAN ONE formed the finale of Riki von Falken’s now legendary trilogy, in which she explored her personal experience of confronting and dealing with life, loneliness and death.

In this piece, Riki von Falken goes in search of memory. The loss of the other has become internalised. Life is transformed. Memory remains, accompanying and changing thought patterns, working in and through the body. Today this time is over. The reconstruction of the piece after 11 years gives the choreographer and dancer as well as the observer the opportunity to see and rediscover One more than one from today’s perspective, in a changed context.

In her choreography to the music of Reich, Goebbels and Furrer, Riki von Falken succeeds, “between classical austerity of form”* and mastering the “composition of an entire life story”*, in taking possession of the abstract space. One more than one is a choreographic gem.

One more than one evinces completion and renewal in equal measure. Franz Anton Cramer, tanzjournal 4.03

With the kind support of the Governing Mayor of Berlin, Senate Department for Cultural Affairs